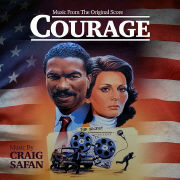 COURAGE made its CBS broadcast debut on September 24, 1986. Based on a true story, the plot revolves around a concerned wife and mother from Queens, New York, named Marianna (Loren) who, upon discovering her eldest son is addicted to illegal drugs, becomes an undercover agent for the DEA. With Miraldo’s assistance, the agency busts a $3.5 billion cocaine ring, the largest since the famed French Connection arrests of 1968. A flamboyant detective named Bobby Jay (Williams) acts as Miraldo’s liaison while her concerned husband Nick (Elizondo) does what he can to support his wife.

The music for COURAGE was composed by Los Angeles native Craig Safan who was well-known in Hollywood for whipping up eclectic scores for film and television including THE GREAT TEXAS DYNAMITE CHASE, THE BAD NEWS BEARS IN BREAKING TRAINING, FADE TO BLACK, ANGEL, THE LAST STARFIGHTER, THE LEGEND OF BILLIE JEAN, REMO WILLIAMS: THE ADVENTURE BEGINS and CHEERS. In the early 1980s Safan was an acquaintance of director Jeremy Kagan who had previously helmed THE JOURNEY OF NATTY GANN for Disney. The pair expressed their mutual interest in working together so when Kagan landed the directorship on COURAGE, he seized the opportunity to bring Safan aboard.

Safan’s music for COURAGE features an ensemble of flutes, oboe, piano, guitars, three keyboards/synths, three percussionists, four cellos (no violins or violas), a contrabass, and a handful of South American instruments including a clay vessel flute called the ocarina, a stringed ukulele-like instrument called the charango, and a six-hole cane flute from the Andes Mountains called the quena.

Emmy-nominated and eight-time ASCAP award-winning composer Craig Safan has scored more than one hundred feature films, television and documentaries, has had more than 50 soundtrack albums of his music produced, as well as having three original albums of his own impressionistic music released. He’s been commissioned to compose for ballet as well as for live performance of silent films and was given the Poledouris Film Music Legend Award at the 2014 International Film Music Festival in Cordoba, Spain. 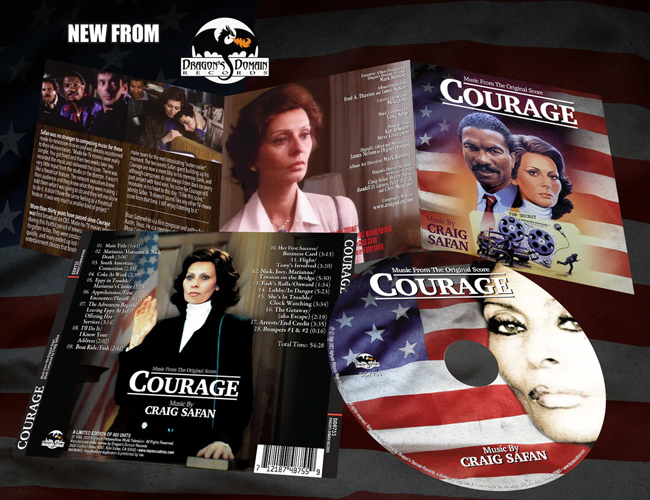