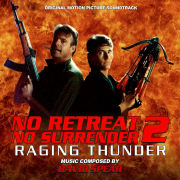 The story begins in Vietnam, where American college student Scott Wylde (Avedon) arrives looking for his former teacher and best friend Mac (Thayer). A former lover of Jarvis’ named Terry (Rothrock) tells Scott that Mac is likely in Patpong, a seedy area of Bangkok, Thailand. After dinner with his fiance Sulin, a gang of tough types crash into Scott’s room kidnapping Sulin. Scott is detained by local authorities and sent to the airport to board a plane for Singapore. He escapes and heads to Patpong, where he locates and recruits Jarvis to help him invade Cambodia to rescue his fiance. Scott learns that Sulin’s father was a famous Vietnamese general who, for the sake of his family, reneged on a lucrative deal with the Soviet militia. The next day Scott and Jarvis are ambushed by Thai police; however, Terry swoops in and rescues the pair in a helicopter. Scott, Mac, and Terry arrive in Cambodia threatening all out war in hopes of rescuing poor Sulin.

Dragon’s Domain Records presents NO RETREAT, NO SURRENDER 2, featuring music composed by David Spear for the very first time on compact disc. The music has been mastered by James Nelson at Digital Outland and the liner notes have been written by author and composer Brian Satterwhite, with the participation of the composer.

NO RETREAT, NO SURRENDER 2 is a limited edition release of 500 units. 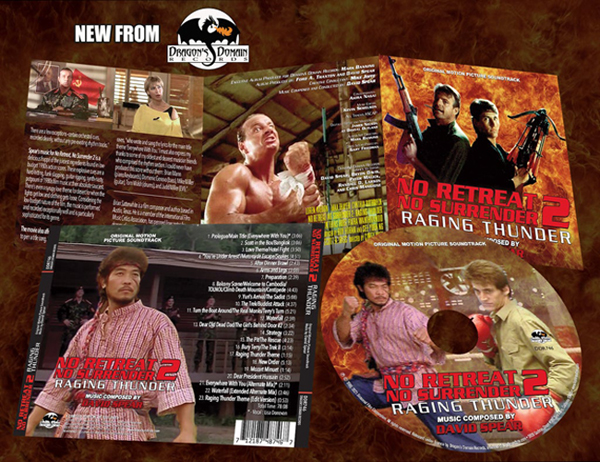