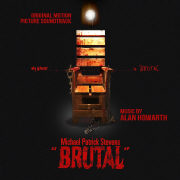 Released in 2012, BRUTAL begins with Carl Gibson (Baldwin) waking up in a dingy basement, naked from the waist up and chained to a chair. The basement belongs to a stoical dungaree-wearing loner named Brutal. Subjected to a seemingly endless game of torture, Carl wonders if he will ever see his family again.

BRUTAL is the writing, producing, directing and acting debut of Michael Patrick Stevens. The music for BRUTAL is composed by genre favorite Alan Howarth.

Alan Howarth, in addition to being a composer, is an accomplished sound designer and editor, having worked on films such as STAR TREK: THE MOTION PICTURE, POLTERGEIST, TOTAL RECALL, ARMY OF DARKNESS, BRAM STOKER’S DRACULA, STARGATE and many others. He has been a frequent music collaborator with John Carpenter on his films beginning with ESCAPE FROM NEW YORK in 1980 and including HALLOWEEN II & III, CHRISTINE, BIG TROUBLE IN LITTLE CHINA, THEY LIVE and PRINCE OF DARKNESS and Alan has scored many films on his own, including RETRIBUTION, HALLOWEEN 4 & 5, THE DENTIST, HEADLESS, BOO!, EVILUTION and most recently, HOUSE AT THE END OF THE DRIVE, SHINER and HOAX.

BRUTAL is a limited edition release of 500 units
This title is expected to ship on the week of November 1st, 2022. 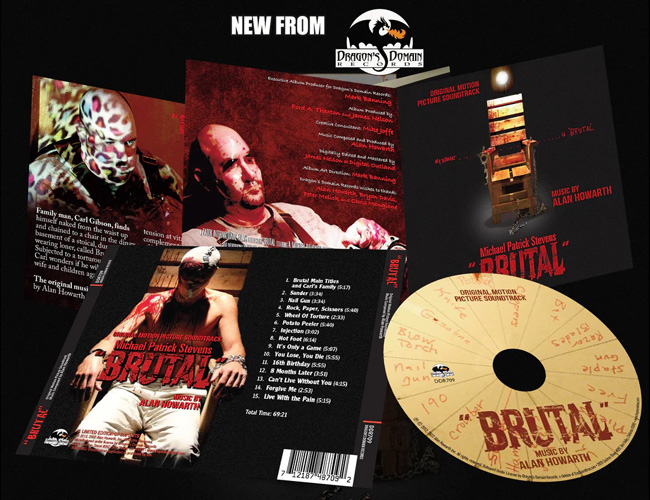