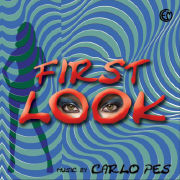 Reissue. Carlo Pes, guitarist, composer and arranger, disappeared in 1999 at the age of 72 years. The Master, began in 1945 in a jazz band playing guitar with Enrico Simonetti and Bruno Martino, then after with big names like Lionel Hampton, Stan Getz, Django Reinhardt, Toots Thielemans and Don Byas.At the end of the '50s, Carlo Pes, entered in the Orchestra of RAI, formed a band named Marc 4 and with Maurizio Majorana on bass, Antonello Vannucchi on keyboards and Roberto Podio on drums, recorded many soundtracks of Italian films in the '60s and 70s.

In the mid-'70s, Carlo Pes went to the USA and played with the most famous musicians of the time such as Toots Thielemans, Stephane Grappelli, Chet Baker and Joe Pass. In the training of the Master, that time had a lot of influence because, collaborating with the most important names in international music and in particular with the American jazz musicians, she learned to prune the musical score of the useless and misleading notes , such to obtein a good harmonic- melodic music of his elaborate.

The intensive work on the aesthetics of music, there is, in fact, in all the songs that he composed in the seventies and especially in this his ''FIRST LOOK''. Amazing is the surprising freshness of the compositions for both the listener and for the same musicians that would almost certainly have made them virtually ''AT FIRST SIGHT''.
Back in Italy, Carlo Pes wrote songs for Mina, Carmen Villani, Paul Anka, Jose Feliciano, the Richs and the Poors, Franco Califano.The most famous music, however, remain ''The World'' that was sung by Jimmy Fontana and had a great international success, and in 1971 composed and presented ''What will be'' at the Sanremo Festival. In 1973, the Master also composed the music for Mina, with texts by Franco Califano, in the album ''Lovers of value'' and in the 80s, Carlo Pes formed the Swing Sextet in Rome.

Under the careful guidance and composed by the eclectic composer and conductor Carlo Pes, the songs on this CD are very pleasing to the immediacy, the refinement and profound knowledge of performance practice, and although many years have passed from registration of such music, this one was been carefully restored by the sound engineer Sergio Viscardi, who, with his professionalism has been able to return the exact analog sound unmistakable reality of the period.
All 16 songs on this CD were performed by a quartet consisting of: electric guitar, electric bass, piano and drums, and every song is a rare gem and in addiction with the other returns give to the CD, a unique beauty and versatility of the original moving from a fine to a song purely jazz style Bach, a chanson to a slow rock, bossa nova by a like - experimental piece of music without ever leaving the parameters of a timeless elegance.