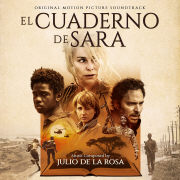 In the heart of darkness

This is a film about a journey, Laura’s (Belen Rueda) in search of her sister, Sara (Marian Alvarez), who collaborates with an NGO, and after being reported missing, for two years without news about his whereabouts, suddenly is identified in a photo and that allows us to hope that she’s still alive deep inside one of the most remote regions of Congo, in the heart of Africa, or what is the same, in the heart of horror.

During this journey, the spectator will accompany the protagonist to the bowels of that horror, a territory dominated by lords of wars with no scruples, and will witness what happens before the hypocritical indifference of the Western civilized world.

Occasionally brave movies emerge, like this one directed by Norberto (Tito) Lopez-Amado, that dare to enter the darkest pit of inequality, the one in which “the law of the strongest” predominates, with the intention of bringing to light the reality of the world in which we all live, but in which some suffer much more than others. That part of the world forgotten even by the newscast. Filmed in the Republic of Uganda with the complicity and involvement of Rueda, actress with whom Lopez-Amado has repeated after the success obtained with Julia’s eyes, the film gradually submerges the viewer in this landscape as exotic as ancestral, and at the same time discover the bloody reality of what happens there. It is a real clash of civilizations. It is so traumatic that the approach made by the composer, Julio de la Rosa, is based more on an interior point of view than on what could be derived from the pure description, either of the awesome equatorial landscape or of the action that takes place in it.

That’s why the music is so hypnotic (“the war”), to which the electronic contributes, as is usual in the ways of the composer, and without being emphatic get the attention of the public (so he got the Goya in The Minimum Island), sometimes being thrilling, (“Landing,” “Massacre,” “On the border”), other times dark , (“Documentaries”, “Sister”), and other times disturbing, (“Capture”, “The horror”). Nevertheless, always measured and concise, de la Rosa doesn’t disclaim offering an epic point in this treatment, the result of which is the incorporation of certain ethnic elements (“Africa”, “Serpents”, “Revenge”), as well as a much more emotional affiliation linked mainly to the protagonist sisters (“The notebook”, “In the air”, “Sacrifice”, “Laura and Sara”, the beautiful “Nana” final) but also to the different encounters and disagreements that Laura will face throughout her dangerous and initiatory journey, (“Alone in the city”, “Face to face”, “Night Boat “,”farewell”).

The score is based around the theme of Sara. Because of the connection and disagreement with her sister Laura, they share the same theme, and that appears for the first time in “The notebook”, scattering the images (“Jamir”, “Day boat”). that makes us part of this emotional vehicle that prints determination and commitment to the search of the missing relative, so necessary in turn so that history does not sink into the creepy gallery of images that the misery of the description of Hobbes’s “War of all against all” implicate. And we attend astonished as much in the cinema as does Laura herself in those exotic places. The composer emerge from his taste for minimalist detail in order to take the protagonist by the hand and enter that heart of darkness where terror lives. A journey to the end of the night in which, despite everything, there are still collaborators and NGOs that work in the field in such extreme circumstances, without give up to the anguish and extreme situations.

Julio de la Rosa faces that journey, and as he did in Group 7(recently also published by Rosetta), The minimum Island, the man of the thousand faces, and the recent tv series The Plague, his work becomes the emotional subtext, the structure of the story. Becoming the basis of what the images show in a terrifying and emotional way, achieving an esthetic implication linked to the narration. At the same time, avoid being typecast to the thriller genre to which he was linked due to his first successes. Nothing is further from reality. The same reality that terrifies us to the excess of barbarism and makes believable the existence of a possibility for human kindness and solidarity, and it keeps us away from indifference. At the exact point where the music of Julio de la Rosa is located. --- from the label